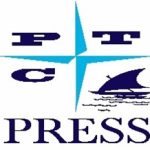 Since its establishment in 1965, the Pacific Theological College has been focusing on indigenous and contextual postcolonial education, deconstructing critically on the colonial and neocolonial models that had shaped the pacific churches and society.  Its faculty and graduates for years have been producing alternate thinking captured in writings through intensive research in theology that challenges the conventional colonial narrative. They have become key realities in the lively hoods of our people leveraging and influencing the rethinking and liberating movement of the pacific island people.

At its meeting on the 26th of August 2022, The Executive Committee of Pacific Theological College approved the establishment of the PTC Press following the proposal by the Senior Management Team of the college.  A Manager (Vinesh K Maharaj) has been hired since June 2022 to outline the framework and all documentation for the formation and the operation of this publishing house which was presented to the Executive Committee at its August general meeting for which approval was granted.

On 14th November 2022, during the PTC Council Meeting, PTC Press was officially launched with two publications that were converted from two Ph.D. student thesis into book format;

To become a vibrant publishing press that advocates & promotes quality Pasifika literature and publications that adds to the “body of knowledge” economically-based on the ‘whole of life’ vision.

To provide publishing opportunities in the region in the arears of theology and Christianity. Additionally, the Press will also publish for outside sources, with all a focus on regional issues and interests in the Pacific Contents; 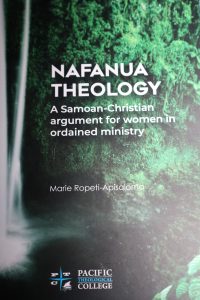 For most people life is governed by power and rule, but behind these there always lies the mystery of human nature, doubtful and mysterious, and right now and again to go off at an angle and disrupt the soft working of coordinated practice. Some man or woman will appear who departs from the normal method of practice, who follows values rather than rules, and whose methods are unpredictable, and often, in the eyes of onlookers, unwise. They may be weak or fragile, and in their own estimation of no account, yet it is often they who are used for the accomplishment of important ends. 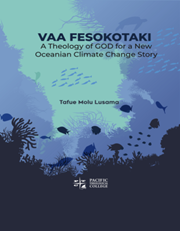 This book examines the theology of God from an Oceanian point of view, using a Tuvaluan relational philosophy called ‘Vaa fesokotaki’ which literally means, the relational sacred space. Vaa fesokotaki is used as the hermeneutical lens through which to redefine the theology of te Atua. It refers to the deeply interconnected and multifaceted ‘relational space’ which defines the Tuvaluan (and the Oceanian) worldview. Using this indigenous interpretive lens affirms that any reimagining of te Atua must be grounded in the spirituality of the Oceanian indigenous peoples. Any decolonizing endeavour must be ground-up and grassroots, or else it is just another theological construct imposed from afar. 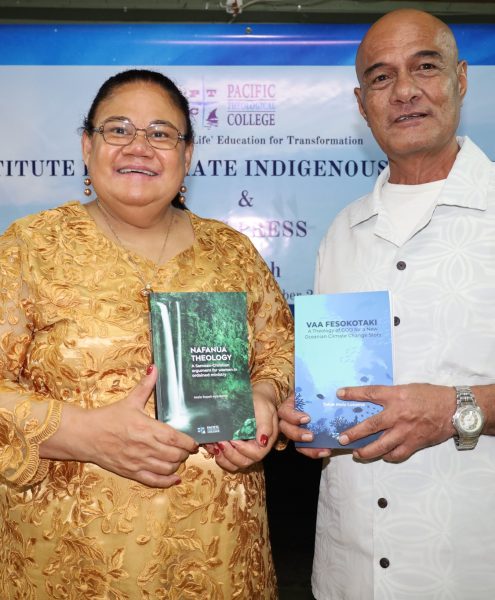 The authors Marie Ropeti and Tafue Lusama with their books. 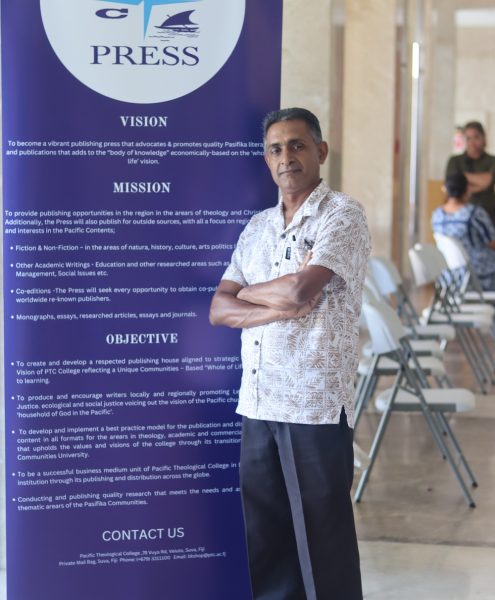