A voice, powerful enough to challenge the government to action, is a prophetic one. Even the son of a simple fisherman can have one, provided he is willing to serve the best interests of his people.

It’s the guardian’s voice, the kind the General Secretary of the Kiribati Uniting Church Reverend Mareweia Riteti believes is now imperative for the Pacific Islands region.

‘These are changing times for the region with governments facing all kinds of pressures, both internal and from external forces to develop land based, marine and even now seabed resources,’ said Reverend Mareweia. 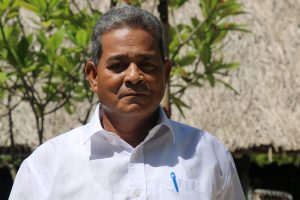 Reverend Mareweia is a PTC Alumnus

‘In Kiribati, like the churches in Papua New Guinea we are calling our governments to ban seabed mining because it is going to be devastating for our people who are largely dependent on our marine resources,’ he added.

‘Our role as church leaders is to question and critically think about the impacts of development plans and intentions.

‘Is the development purely being made from the capitalist perspective of profit or is it for the welfare of the people?’ asked the Pacific Theological College alumni.

Many years ago as a little boy, on a tiny atoll called Onotoa, deep in the vast expanse of the Southern waters of Kiribati, Marewea didn’t dream about ascending the ladders of the second largest denomination in the country.

Only Island boy’s fun that included climbing tall coconut trees and haunting bountiful fishing grounds with spears, was the order of most days. Maybe once, he dreamt of teaching.

But one day, when his fisherman father sailed away from Onotoa in search of better catches under the brighter lights of the main island of Tarawa, 11 years old Marewea was in tow.

‘Become a church minister,’ his father strongly whispered in his ears. 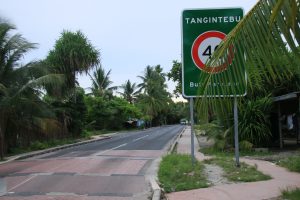 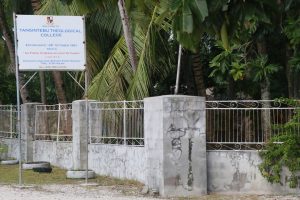 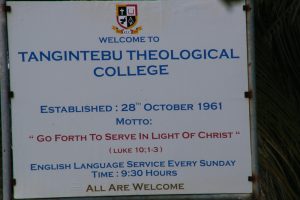 He returned to PTC to finish a Master’s in Theology from 2002- 2003. After more years at Tagintebu, his time to rise through the church rungs had come. He was elected General Secretary of KUC in 2010.

The seeds planted at PTC, of ecumenism and critical thinking, sprouted and bloomed. His prophetic voice spoke.

‘We are talking and rising as church leaders of Kiribati, calling on our Government to ban seabed mining, to care for our environment and not bring developments that are purely profit driven,’ he said.

‘The ecumenism aspect of PTC prepared me to open to other protestant denomination and to have conversations with them around the yaqona, on important issues that affect us all, like climate change.’

‘It really helped me to think holistically, think locally and internationally and apply to the local context especially in terms of development and to have a prophetic voice.

‘As church leaders, we are the guardians of the best interests of our people and our voice must be prophetic enough to alert the government to issues that it may want to ignore for the sake of profit,’ he added.

‘If the prophetic voice is weak, than the people will suffer.’ 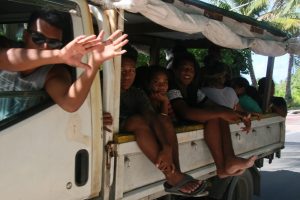 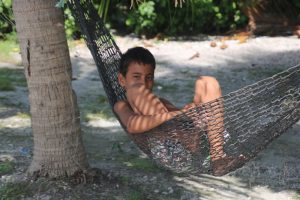 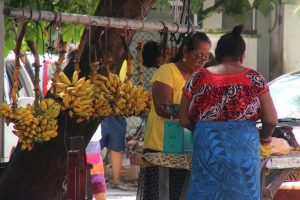 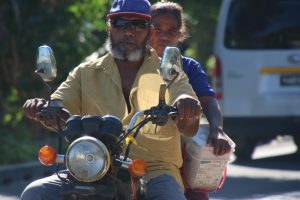 ‘The PTC experience has taught me to think critically and know the regional issues we must deal with,’ added the father of three.

‘PTC has taught me to respect diversity, the many cultural experiences that always make me feel at home unlike if I had studied in any other part of the world,’ said Reverend Mareweia.

‘This is the reason the KUC always prioritises PTC as the theological institute of choice we will send our church members to study in – to open their minds for we need more guardians and their prophetic voices – speaking truth to power for the sake of the people!’