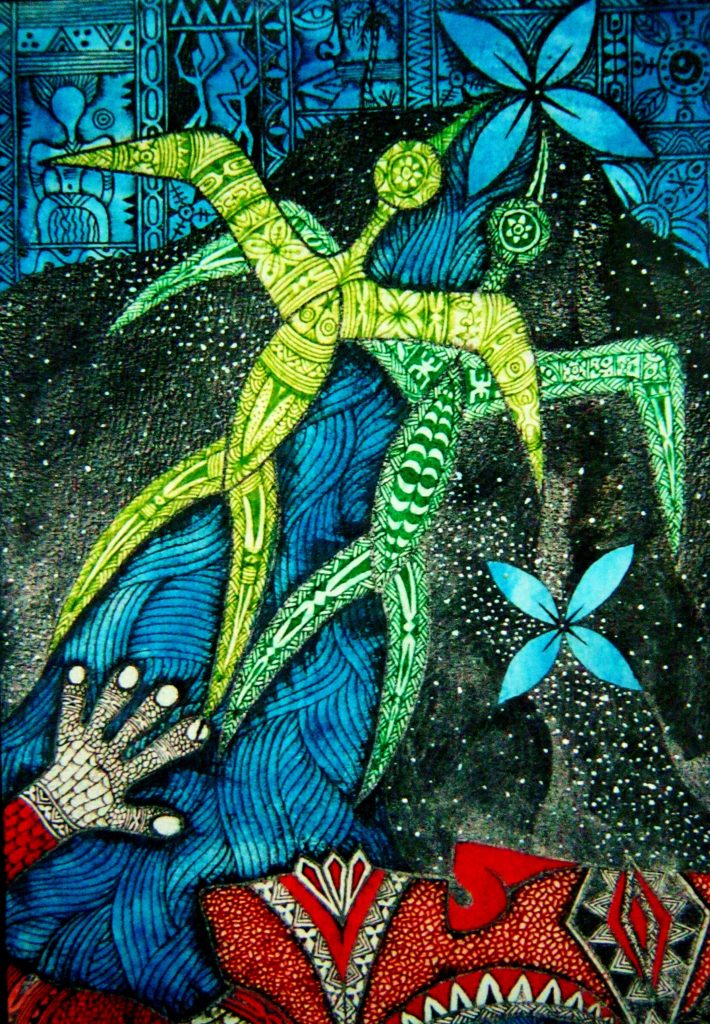 If we are to do justice to the story that became the foundation of the Christmas story, the birth of Jesus, then we are invited to pause and to deviate a bit from the normal flow of things. To de-commercialize and unlearn the grand route of capitalism the Christmas story has evolved into. Once we strip away all the commercial advertisements, pictures depicting a blond hair blue-eyed baby, Christmas movies, Santa Claus, and fancy Christmas trees with expensive wrapped gifts, underneath, we find the real and subversive story that reroutes hope to those who need it most.

The birth story in the eyes of the gospel of Matthew is one that introduces us to the risky business of rerouting the flow of things and taking alternative routes for the sake of hope. Rerouting has always been part of God’s way of responding to the injustices of the grand narrative of the powerful. ‘Liliu le vai’ or rerouting rivers is often used as a metaphor by the prophets to describe God’s vision to redirect life represented by water once again to the deserts and desolated places dried of hope (Isa.41, 43; Ezek. 47). A similar story from my home country Samoa tells of a woman named Sina who rerouted the flow of her river to the neighbouring village who had been without water for centuries. Hence is the proverbial saying “ua liliu le vai o Sina” meaning ‘the river of Sina has been rerouted.’ I grew up in a family farm inland that had no tap water where we had to create new watercourses or reroute old ones, especially when it rains, for agricultural purposes and sometimes for drinking and bathing. Liliu le vai or rerouting was central to our resilience knowledge as inland people who survived and can still survive without the privileges of the grand narrative.

This idea of rerouting colours the whole of Matthew’s story of Jesus’s birth (Matthew 1-2). Matthew’s version of the birth tells of continuous rerouting. Matthew started with a ‘rerouted genealogy’ of a Jewish Messiah named Jesus from the line of King David that included several women who had no royal blood connection. Then we hear of a ‘rerouted birth’ where God diverted attention away from the grand narrative of the city of Jerusalem, the centre of religion, trade, and power, to a least developed rural town called Bethlehem making it the birthplace for the Messiah. The Spirit guided the three wise men from the East to resist Herod’s grand route and politics of intimidation and directed them “through another route” (Mtt.2:12).

Joseph and Mary became symbols of God’s ‘rerouted vision’ to provide hope to a hopeless and chaotic world. Mary was an ordinary girl. Young. At risk. From an ordinary community. With no power in society. She accepted the new route offered to her by God, despite facing the communal shame of being pregnant without a husband in an occupied territory whose idea of hope is defined primarily by one’s connection to Roman’s grand narrative of wealth and military power.

Joseph was an ordinary man. Who is often in the background and doesn’t get a lot of credit. Yet he circumvented the grand route of the law to divorce a woman by embracing a new vision revealed to him by the Holy Spirit, despite taking upon himself the communal shame of adopting an heir that is not his own. He even disrupted the accepted norm of society that should expose Mary to public disgrace, embraced her and the child, moving her away from guilt tripping platitude. This disruptive process is critical as a period of unlearning the imperial instincts of the grand routes he is used to before he is called a father to the promised Messiah.

As the Pacific continues to be haunted by the impacts of grand routes of the powerful nations and their geopolitical interests, with climate change as the greatest threat, increased deep-sea mining interests with some Pacific-island states already sponsoring mining licenses to mining contractors, increasing poverty, inequalities in education and social development, food systems stressed to the limit, the increasing domestic and gender-based violence, suppression of self-determination pathways and indigenous people’s rights, suppression of democratic freedom and processes, corruption made legal, distressed biodiversity and ecosystems due to an extractive development model, the story of Jesus’ birth invites us to pause and reroute if necessary.

We each somehow have a grand narrative that has defined our lives. Such can either be a blessing or a curse. If it’s the latter, then the birth story gives hints of the ‘rerouting God’ of hope. It reminds us not to be afraid to choose to ‘liliu le vai’ and to go “through another route” if we want to see real hope. Even if it means deviating a bit, as Joseph’s family did in rerouting to Egypt, to refresh and reset. Rerouting is characteristic of hope. It is when we realise that God takes no pleasure in grand routes offered by the Herods and the masters of the grand narrative, but rather in the small ordinary ways of ordinary people willing to accept the call of the ‘rerouting God’ to be bearers of hope.

The Christmas story calls for solidarity with the ordinary people who continue to suffer daily under the impacts of the grand narrative of our time leading to high cost of living, homelessness, competition, violence and abuse, inequalities, and neglect, to name a few. It is a story that provides cues to forge an alternative pathway for our families, organizations, or nations if the current one is destructive. Creating a new story if the current one is corrupt and contaminated. It invites a rerouting that is different yet liberating. That respects our ecological connectedness. Our collective sharing and resilience. That promotes the ‘whole of life’ wellbeing for all including those not recognized and accepted by the grand narrative. That honours our faith and cultural life-affirming values and spiritualities.

Have a Rerouting Christmas and New Year!