Anyone Can Be the Boss 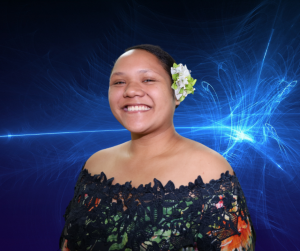 “Anyone can be the boss, but it takes a special person to be a leader!” Hinarapa Tutairi asserted.
The term wise beyond her years is an apt description of 17 years old Hinarapa.
She was the youngest participant in a Leadership and Management (L&M) training coordinated by the Institute for Mission and Research earlier this year. And the only foreign national part of the training. Hinarapa is from Maohi Nui.
“We learned about the essentials of good leadership,’ she said.
“I was surprised with what I learned.”
“I realised that some leaders should not be called leaders because of their behaviours and lack of empathy for people.”
“They do not deserve to be referred to as leaders.”
“Leadership is so much more than status or money!” she added.

Hinarapa believes good leadership can result in the resolution of social issues. These are issues that cause people to suffer many injustices.
“The good leader will lead us to the light and work with the people,” she quipped.
“We don’t expect leaders to know everything but at least to try to care,” she said. 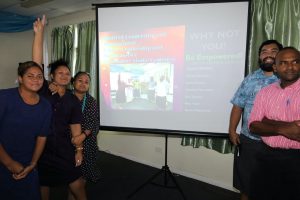 Because of the training, Hinarapa formed new friendships. She also visited places and learned about places she knew little about, like Bau Island.
“I treasure my experience in this training and recommend it to anyone wanting to understand leadership better,” she said.
“I had fun, was informed, challenged and now think differently about leadership,” she added.
“I’m a leader right now!”
“A leader of me because leadership begins within me.”