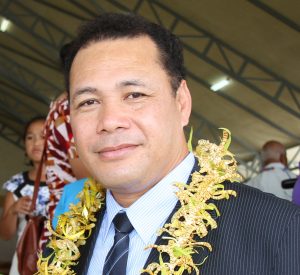 Principal of PTC and Associate Professor for Theology & Ethics

Prior to coming to PTC, Dr Vaai taught theology and ethics at Piula Theological College in Samoa in 2001 and from 2008–2013 and at the Brisbane College of Theology from 2003-2005. He has previously worked as a board director for the government of Samoa and served in various committees. He is an ordained minister of the Methodist Church in Samoa since 1999. He is the chief editor of the ‘relational renaissance series’, architect of Pacific relational hermeneutics, and co-founder of the Pacific Itulagi Research Network. He is the Pacific ambassador for the United Nations Office on Drugs and Crimes (UNODC) and Pacific coordinator for the G20 Interfaith Summit. He sits in the editorial board of The Pacific Journal of Theology. He currently reviews curriculums and programmes, drafts frameworks, and facilitates various projects for many organizations including the Pacific Conference of Churches, the PTC Institute of Mission and Research, the UNODC, the Oceania Centre for Arts, Culture and Pacific Studies at University of the South Pacific, as well as some theological colleges in the region.